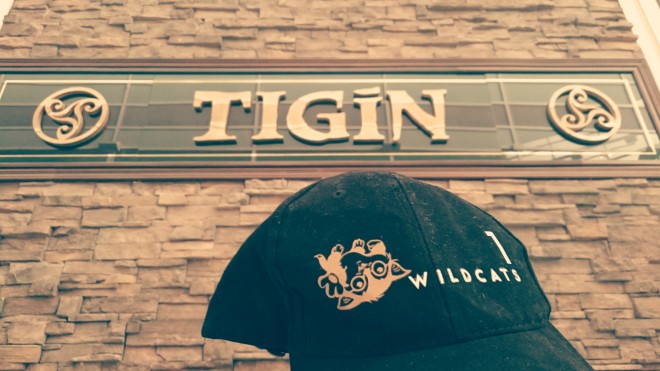 Day 8, 22/07/2018: Yet another tournament elapses where I think I could have performed, maybe better is not the correct term, but differently, to be more effective as a team member. What follows is a recap, or debrief, of some of the trip and tournament, things that went well, and also things that did not. There are many musings floating around in my head so this may jump around a bit or extend longer than I intend.

For the most part the team was extremely supportive of my struggle with my depression. This included players, coach, captains, managers, spectators, and friends who were on other teams. I definitely learned things about coaching that are good, and things that could be done differently to benefit a particular team more efficiently. Most importantly I re-learned the importance of trust. Trust imparted from others to you, trust given by you to others, and, perhaps most importantly, trust in oneself. Without that third one there are many micro questions that ensure decision making in a game of ultimate is nigh on impossible, let alone decision making in life.

Trust you are doing your best with the knowledge you currently have. Trust that a question you have is a good one and that asking it will be beneficial. Trust that you don’t know everything and neither does anyone else. There is always more to learn and all it takes to learn something new is committing your mind to it and practicing it. Some things will be easier than others, some will feel more like an achievement than others, but if it’s not hurting anyone else, either directly or indirectly, then get better at the things you love. Make a living at it if you can. We live this life once so give thanks for the gifts we have, be good to the friends we have been blessed with, and try to leave others feeling better after interacting with you than they did before.

Not everything is easy. Take the time to work out if doing the difficult thing is worth your time. Not everything is, and sometimes it takes almost finishing it to realise it’s not for you.

I am often lonely, even when there are many people around, and even when these many people are those I know well. I have not found the person that I will spend my life with yet though it is something I honestly seek to find soon. Honesty is my favourite quality in a person so I endeavour to speak with it whenever I can. Ultimate is definitely a sport where this is encouraged and so I hope it helps me to transfer this honesty to as many other parts of my life as possible.

When you least expect it you will meet up with someone whom you did not expect to. On my flight from Cincinnati to Dallas I was lucky enough to be seated next to one of the players from the tournament I had just attended. What was even more unlikely was that it was a player from the team we played in our round of 16 match. This game was perceived as contentious by several members of both teams, several spectators, and at the end of the game there was not a feeling of positivity in the air. However, talking with this player the conversation was positive, the discussion was useful, and the interaction left me feeling at least a little more positive than I had before it. I cannot speak for him but perhaps there was the same. Engage wholeheartedly in every interaction you have and something good can come out of it. Though we had played each other a few times on the ultimate field before he left asking my name and introduced himself. Perhaps in this situation turning the page on a game situation that all players involved can learn from and hopefully not dwell on.

When you least expect it there will be a lovely Irish pub in the airport you are waiting at six hours before boarding your next flight. Plenty of time to think, eat a good hearty shepherd’s pie, and eat one of the best desserts I have had for quite some time. Spend some time looking and you might find something you didn’t expect that turns out to be a majestic gem.

When you least expect it you might find that an experience that evolved into something you were not looking forward to might teach a lesson you could gain nowhere else. This tournament slowly changed into that. Three micro-lessons I learned while competing at this World Ultimate Club Championships:

I touched the disc far fewer times at this tournament than at any other I have played. Well, that’s not strictly true, I touched the disc many times, just not with enough force to prevent the opposing player’s pass reaching its target. It took some time to get used to, but it was a different experience rather than a negative one. One of our mantra’s this week as a team was “shit happens, play D.” Thank you to a good friend for these words. And by Jove did we play some of the toughest defence I have seen any team play, not just any Wildcats team, but any team. Now that we have that down, hopefully, we can work on treasuring the disc on offence, particularly when our opponents are playing that same type of shut-down defence that we did. I’m excited for the future of Wildcats but worry at my own ability to keep up with players as I get a bit older and have to work harder to stay as injury free as possible.

To conclude a haphazardly organised but, hopefully, enlightening post:

When I least expect it maybe I’ll meet the person that helps me know I’m not alone and I can do the same. Someone whom brings out the best bits in me and embraces the worst, and to whom I will do the same. Each day it seems I lose a little bit of hope that this might happen, but unexpected meetings like the plane flight today can refill the meter. If a bad experience can turn into the start of a good conversation, who am I to think the future is already written?

Never stop dreaming of, praying for, and believing in the awesomeness that you wish for your life.

Who knows, when you least expect it, your dreams might come true.